After a troubling incident a year and a half ago Stephen Gieder intervened an unbalanced fight in the back alley of the Plaza in Arcata, California. While walking away, after believing he had verbally resolved the altercation, Gieder was attacked and struck down. He said there were at least 15 witnesses nearby and not one person checked in or offered to help.

Gieder was disturbed when he saw how disconnected people have become from one another and wanted to help elicit change. Gieder gave a good ol’ Facebook rant and set up a meeting at the Jambalaya in Arcata. To his surprise 35 people showed up.

“He wants everyone to be involved, keep people connected and rise the vibration,” says Sasha Miksis, 33, Gieder’s friend and co-worker.

The first two meetings identified problems and came up with solutions. The CPP started Street Clean Up on Fridays, which expanded to free yoga on the plaza Saturdays and the Plaza Play Group for kids on Sundays. The safety task force, created by the city of Arcata, deals with the same issues and works in conjunction with CPP.

Gieder was born on Oct. 27, 1976. and grew up in Pennsylvania, where he attended Williamson Trade School and studied horticulture and landscape design. After graduating and spending a year in Colorado, Gieder realized he wanted to be a part of the cannabis industry. Gieder drove across country towards Humboldt County and stopped near Lake Tahoe. While visiting Tahoe he went out for coffee and donuts and came back an hour and a half later with a job. Three years later, while walking his dog, he stumbled across Stan “the man” and Steve Muller opening a hydroponic shop in 1998.

As a graduate in Horticulture and Landscape design, Gieder would sit in the shop and consult the store owners when it first opened. At the time people didn’t really understand the science of it, but he had the knowledge and background to help people.

In order to get the best product and deliver it at the lowest possible price, Gieder started Humboldt Wholesale, a nationwide manufacturer and distributor of specialty garden supplies. This allowed him to import from Holland the finest production nutrient line in the world, House & Garden.

“Steve is where the rubber meets the sky,” Hamik said. “He starts and finishes things.”

After nearly a decade of being the sole distributor of House and Garden in the United States, Gieder purchased the company and moved manufacturing of the nutrient line to Arcata, California.

Gieder has always taken pride in building the local economy and continues to do so by employing over 100 individuals. For the 15 year anniversary of NHS, Gieder hosted an employee party the Arcata Theatre Lounge with live music and free food.

“He really does care about all of them, their family life and what’s happening at home,” Miksis said.

“You know that saying Kevin Bacon is six degrees of separation from everyone? I call Steve one degree,” Hamik said. Gieder’s fundamental businesses in Humboldt have enabled him to meet so many people here.

“Everyone knows Steve and Steve knows everyone for the most part,” Hamik explains. As a creative yielding local entrepreneur and cannabis advocate, Gieder began the consulting firm Humboldt Green.

Hamik describes Humboldt Green as one the most unusual businesses he’s ever worked for. “It’s a very difficult animal to describe to somebody,” Hamik said. It’s an event producing and community organization; a type of economic ecosystem trying to figure out how all the pieces fit together. Everywhere from cannabis infused yoga, Humboldt’s Om lead by Miksis to the Hummingbird Healing Center a dispensary reopening in McKinleyville lead by Hamik and Gieder.

Gieder has put together a highly qualified consulting team developing a new standard for cultivation which exceeds anything that exists right now. Humboldt Green looks after the environment, livable wages and makes sure people have good jobs. In a way it is like an incubator for people who don’t know what they want to do but leave with a more crystallized vision for themselves or their business.

With 11 years under its belt, Humboldt Green Week continues to bring people together for events that enrich the community. Thousands of dollars in donations continue to support local Non-Profit Organizations. The importance of education through art, music and gardening events is very important to Gieder and his crew.

Gieder stresses that Green Week gives people a moment to get away from daily distractions and enjoy doing good for the environment while having the chance to connect with the community they are helping build. Miksis explains that folks are riding this cannabis culture’s wave into mainstream living. Gieder wants everyone to come along and succeed rather than be on top.

“He genuinely cares,” she says. 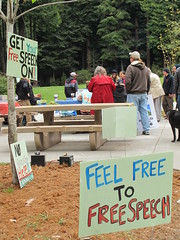 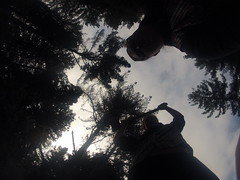 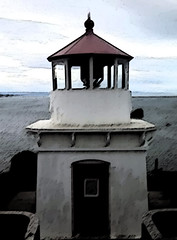